Twitterature: "May" I tell you what I've been reading?

Once again I'm linking up with Modern Mrs. Darcy's monthly "Twitterature" post, in which we give short reviews of what we've been reading.  (Yes, I know, they're "supposed" to be Twitteresque/ish in length but I can never keep to that!)  Here are the books I've read since last time:

Crossing to Safety by Wallace Stegner.  (I first heard about this novel on Modern Mrs. Darcy's blog, as she rated it one of the best books she'd read last year.)  It traces the friendship of two couples from the 1930's to the 1970's.  I was bothered by one oddity:  while both couples have children, they live as if they have none (they could have been childless and the plot would remain essentially unchanged).  But otherwise it's a beautifully written book about relationships that relies on small scenes and conversations -- the things most lives are made of -- rather than big dramatic events. 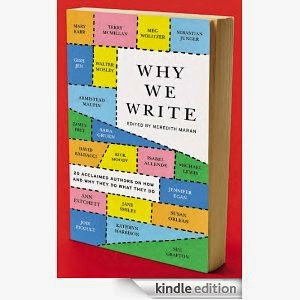 Why We Write:  20 Acclaimed Authors On Why They Do What They Do by Meredith Maran (ed.).  This interesting and inspiring book contains interviews with 20 writers (including Jodi Picoult, Ann Patchett, James Frey, and Mary Karr) about their writing goals, techniques, successes, and failures. 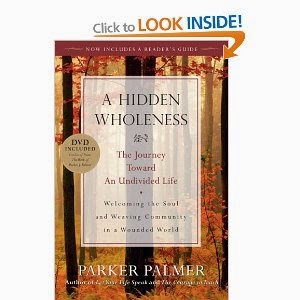 A Hidden Wholeness by Parker Palmer.  This book explores why so many of us live divided lives, hiding our true selves and souls from others.  Palmer suggests that one solution involves creating "circles of trust": intentional communities that provide opportunity for the soul to find freedom and for participants to access and listen to their own inner truth. 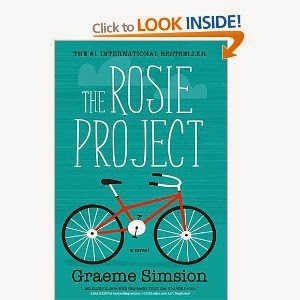 The Rosie Project by Graeme Simsion.  Don Tillman, an oddball genetics professor (who probably has Asperger Syndrome), has trouble with relationships, so he takes on the Wife Project to help him find a partner.  While conducting his research he meets Rosie, a grad student, who is on her own quest and upsets his structured and systematic life.  This is a wonderful novel whose strongest point is its unusual, lovable main character.  I like quirky novels, but they really only work for me if they feature a compelling character who makes me care (Jessica Grant's Come, Thou Tortoise did; Maria Semple's Where'd You Go, Bernadette didn't, so I found it funny but forgettable).  With The Rosie Project, I quickly came to like Don and appreciate his earnest desire to do what's right and fit into a world which, in many ways, makes no sense to him.  Here's one quote, to whet your appetite (Don's friend Claudia is trying to set him up with a woman named Elizabeth):

"Claudia had introduced me to one of her many friends.  Elizabeth was a highly intelligent computer scientist, with a vision problem that had been corrected with glasses.  I mention the glasses because Claudia showed me a photograph, and asked me if I was okay with them.  An incredible question!  From a psychologist!  In evaluating Elizabeth's suitability as a potential partner--someone to provide intellectual stimulation, to share activities with, perhaps even to breed with--Claudia's first concern was my reaction to her choice of glasses frames, which was probably not even her own but the result of advice from an optometrist.  This is the world I have to live in."


I know you'll love this book -- even if, as Don would say, that opinion is not "evidence-based"....


What have you been reading lately?