The other night at my writers' group, we did an exercise where we had to write for ten minutes; whatever we wrote had to include four words that were written on a piece of paper.  The four words we got this time were

I thought I'd share what I wrote.  (Keep in mind it was unedited and spontaneous.)

I spent the last week of Mom's life at the apartment with her and Dad.  On the Thursday I took Dad's car and went over to the farmhouse to pick up a few things.  Mom wanted to be buried in the blue and white dress she'd got for their 40th anniversary party, so I went upstairs to the wardrobe to get it.  I also got panty hose and underwear from a drawer and took a pair of slingback shoes out of the closet.  I didn't know if they would put shoes on Mom in the casket but I thought we should be prepared.

I wandered through the house, which looked, as my brother had warned, like a bomb had gone off.  I looked at the odd rectangles of yellowed wallpaper where pictures had been removed from the wall.  I looked into the bedroom where, just 6 weeks before, Rich and I and Jonathan had slept, with Mom sick down the hall and no one knowing just how sick she was.  My other brother had said, "It's a house, but it's not a home."  He was right.  The rooms seemed desolate, with no more promise of warmth and laughter within their walls.

I went outside, where it was sunny and much warmer than inside.  I was glad to drive away.  I'd gotten what I was looking for -- Mom's dress, Dad's suit, a few odds and ends -- at that moment there was no reason to stay. 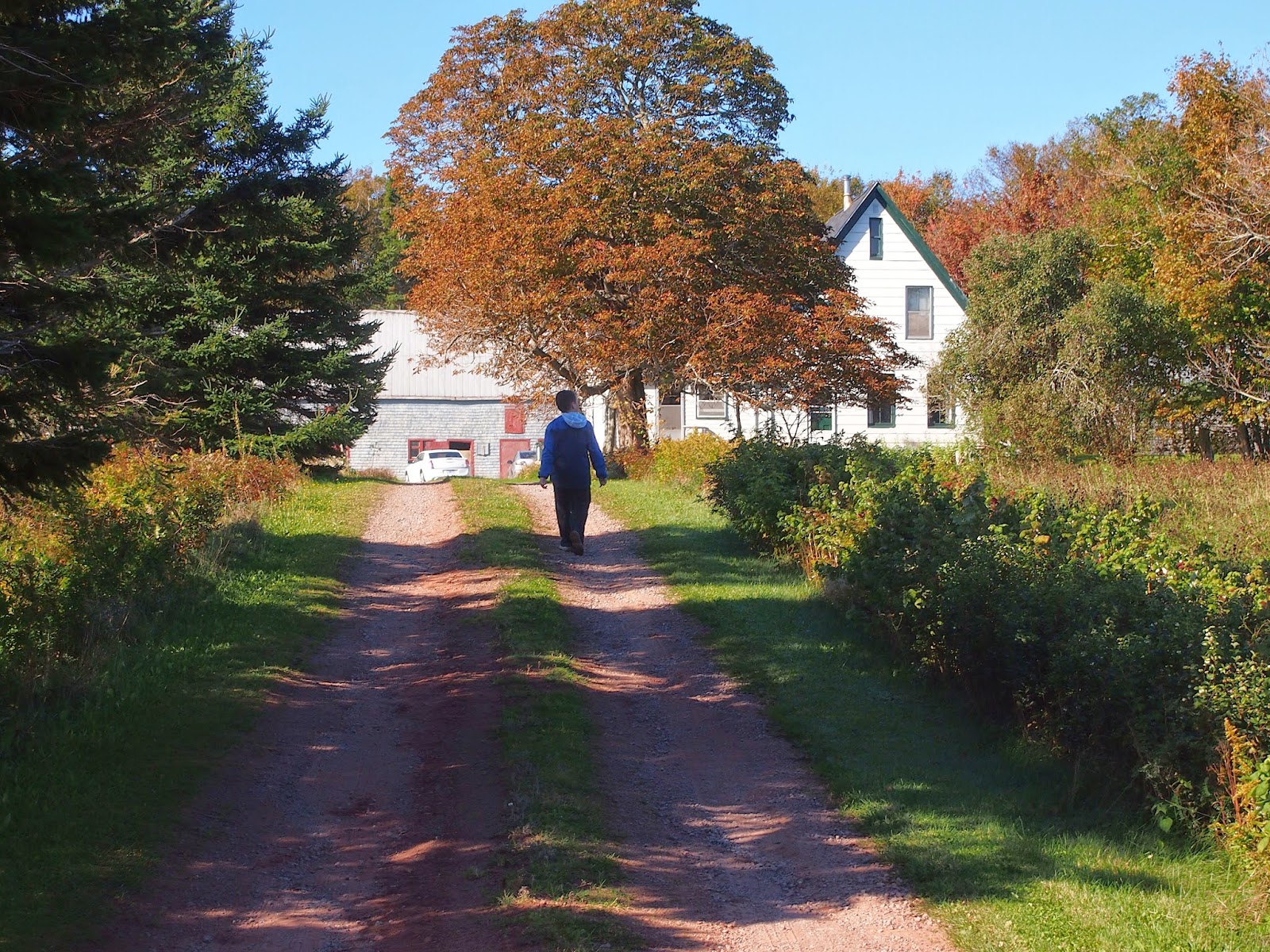 A time to laugh

In our bathroom we have a wall-hanging with Ecclesiastes 3:1-8 on it:

I love this passage; almost every time I glance at the wall-hanging I spend a moment thinking about some particular phrase in it.  In fact, I've been pondering the idea of doing a blog series about it ... someday.  (I suppose if there is a time for everything, then that time will come.)

But the part that has struck me the most in the last while is this pairing:


A time to weep, and a time to laugh.

When I look back at the past three months from the time of my mom's illness to her death and afterward, I remember so many laugh-out-loud moments.

The day we took Mom to the hospital and she was admitted, Dad and I were helping her into the van.  She was very weak, but as she climbed in, she said, "Well, they'll be able to tell we're from the country:  we're all wearing plaid."  And we were!  It was not at all unusual for my mom and dad both to be wearing plaid, as this photo attests -- but I was, too. 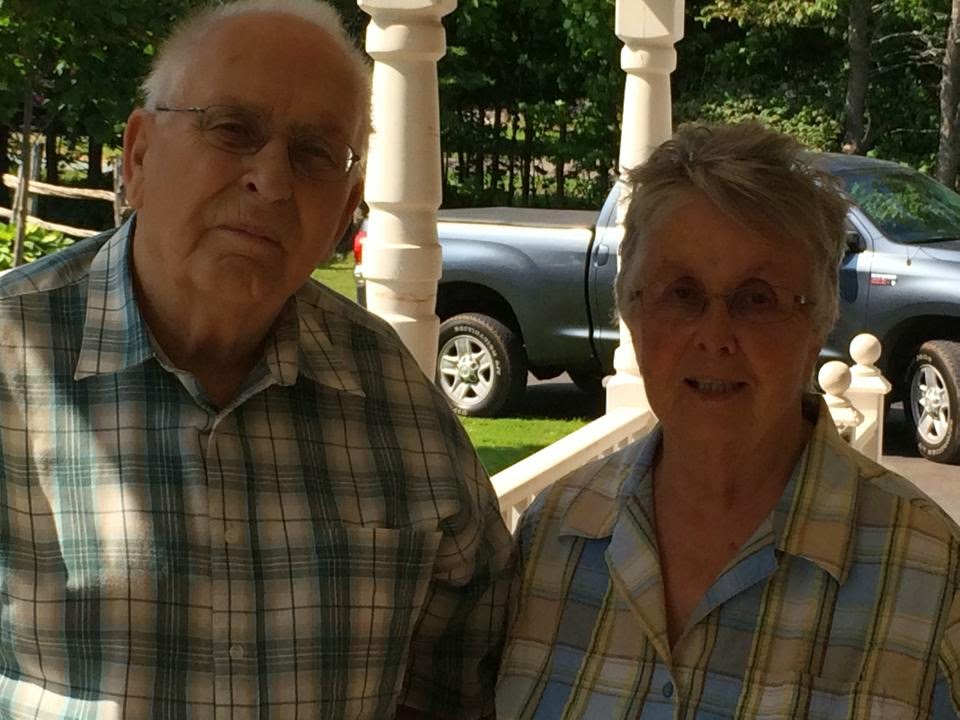 In the early days after she was hospitalized, Mom was very confused.  She had high calcium in her blood, and was being given fluids and IV meds to bring it down.  During that time she said some very strange things.  Of course if someone were in a chronic state of hallucination and confusion due to mental illness or dementia, it could be terrible for that person and his or her loved ones; I don't want to make light of that.  But there were many times when we couldn't help laughing.  Mom kept talking about letters -- "how the D's and the F's were all coming in waves" -- and at one point she looked right at me and said, "And I just didn't know how to interpret that!"  She said once (and keep in mind this was August), "It must be snowy out there; they put these green leggings on me.  Well, my legs always were my best feature."  She pointed at one of my brothers and said, "He's the sign of the promised land, you know."  And when my cousin, who had lost her hair due to chemotherapy and was wearing a knitted hat, came in to the hospital to visit, Mom looked at her for a while and then said, "What does she do with that hat?"  ("Uh -- wear it," my cousin laughed.)

When Mom was more back to herself mentally and helping -- from her hospital bed -- to direct the packing for Dad's move to the apartment, she told one of my brothers that she really should be at the house herself to make those decisions.  "After all," she said, "It was my kingdom."

A day or two before her death, Dad told Mom that she was the best woman he'd ever met.  Her response:  "You haven't met many women."

I'm glad that sentence is there in the Ecclesiastes passage, telling us that there is a time when it's good and right to laugh.  But I'm sure the writer isn't talking about malicious laughter at others' expense or cheap laughter at vulgar things (sitcoms come to mind). Rather, the moments of laughter that I've described seemed to happen when we were living intensely and deeply at the heart of life, not just skimming the surface of existence.  I've never had that experience before of spending hours and days at a person's bedside, watching for signs, counting breaths.  These times were accompanied by so many feelings:  sorrow, exhaustion, gratitude, hope, fear ... and laughter.  I look back and think, "We really lived during that time."

There was weeping, too.  But right now, I'm remembering the laughter.

Today I'm joining Modern Mrs. Darcy again for her monthly "Twitterature" linkup; that's where we share short reviews of what we've been reading.

I read two books this month that I'd highly recommend:

Carry On, Warrior by Glennon Doyle Melton.  Melton is best known for her Momastery website and blog where she strives to live life openly and unashamedly.  In her words, "My job is to wake up every day, say yes to life’s invitation, and let millions of women watch me get up off the floor, walk, stumble, and get back up again."  This book is a compilation of essays and posts about her addictive (or as she puts it, "festive") past and her struggles with parenting, marriage, and faith.  This is a woman who puts a bag on her head during her kids' tantrums, endures her child yelling "Mommy, you smell like a bar!" at the dentist's office (she meant candy bar, honest), and faces the unfair truth that laundry must be moved from washer to dryer well before a week has elapsed.  Hilarious and endearing, with a lot of wisdom.

The Distant Hours by Kate Morton.  A young woman named Edie goes to Milderhurst Castle to visit the reclusive elderly Blythe sisters and find out more about her mother's experience boarding there as a child during WWII.  The secrets she unravels -- about the youngest sister's long-lost fiance, Mr. Blythe's mysterious writings, and her own mother's surprising past, just to name a few -- keep the reader turning the pages ... and this book has a lot of pages!  I've only read one other novel by Morton, The Forgotten Garden; that was good, but this one was great.  It's the kind of book the word "unputdownable" was made for.

What have you been reading this month?  What's the most "unputdownable" book you've ever read?
Posted by Jeannie at 6:54 AM 20 comments:

Giving thanks through it all

Since I last posted in this blog, life has changed forever for our family.  My mom, Meredith MacEachern, died on September 28 after being sick for about two months. 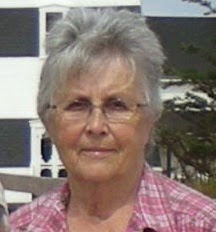 When we arrived in PEI in early August for our usual summer visit, Mom was not well.  She described it as a kind of physical and mental collapse all at the same time:  she was lethargic, sleepy, emotionally blah, and lacking in appetite; she had gastrointestinal issues and a gross phlegmy taste in her mouth that actually bothered her more than almost all the other things she was feeling.

At first we hoped it might just be a minor problem:  a virus or infection, maybe, or stress over apartment-hunting and the prospect of her and Dad moving off the farm -- something that time or antibiotics or a change in circumstances would alleviate.  But day after day she got worse until she was sleeping 20 hours a day and eating almost nothing.  Because Mom's own doctor was on vacation, we took her to the Emergency department twice; the second time, August 16, she was admitted to hospital where she would spend the next four weeks.  Soon after her admission, blood work revealed that she had high calcium levels in her blood, which had been the likely cause of all her symptoms and which the doctor told us could very well be an indicator of cancer -- and a CAT scan soon revealed that Mom had stage 4 liver cancer, inoperable and incurable.

During the last couple of weeks of Mom's hospitalization, she rallied somewhat, as treatment with fluids and meds brought the calcium down and revived her appetite.  In early September she was strong enough to get around with a walker and was able to move home to her and Dad's new apartment and have some brief quality time there.  But her condition quickly started regressing, and the night of Sept. 28 -- about 18 hours after I'd said goodbye to her before flying home -- she died while asleep in bed with Dad.

There are many more details I could include, and probably will in future posts, as I reflect more on all that has happened.  The paragraphs above certainly don't do justice to all we saw and heard and did and felt since August.  But today I will just share a few things for which I'm grateful:

- Mom never experienced any physical pain or, it seemed, much mental suffering either.  She was peaceful through everything.  She went "gentle into that good night"; not everyone does.
- There was enough time for her and Dad to discuss the future, prepare themselves as much as possible for what was coming, even settle funeral details.
- The doctors, nurses, and other medical staff we met through the hospital and Home Care and Palliative Care programs were uniformly helpful, kind, supportive, and professional.
- Church friends, family, and neighbours (even people in Dad and Mom's apartment building who had only known them for a week or two) showered us with care, concern, and practical help. 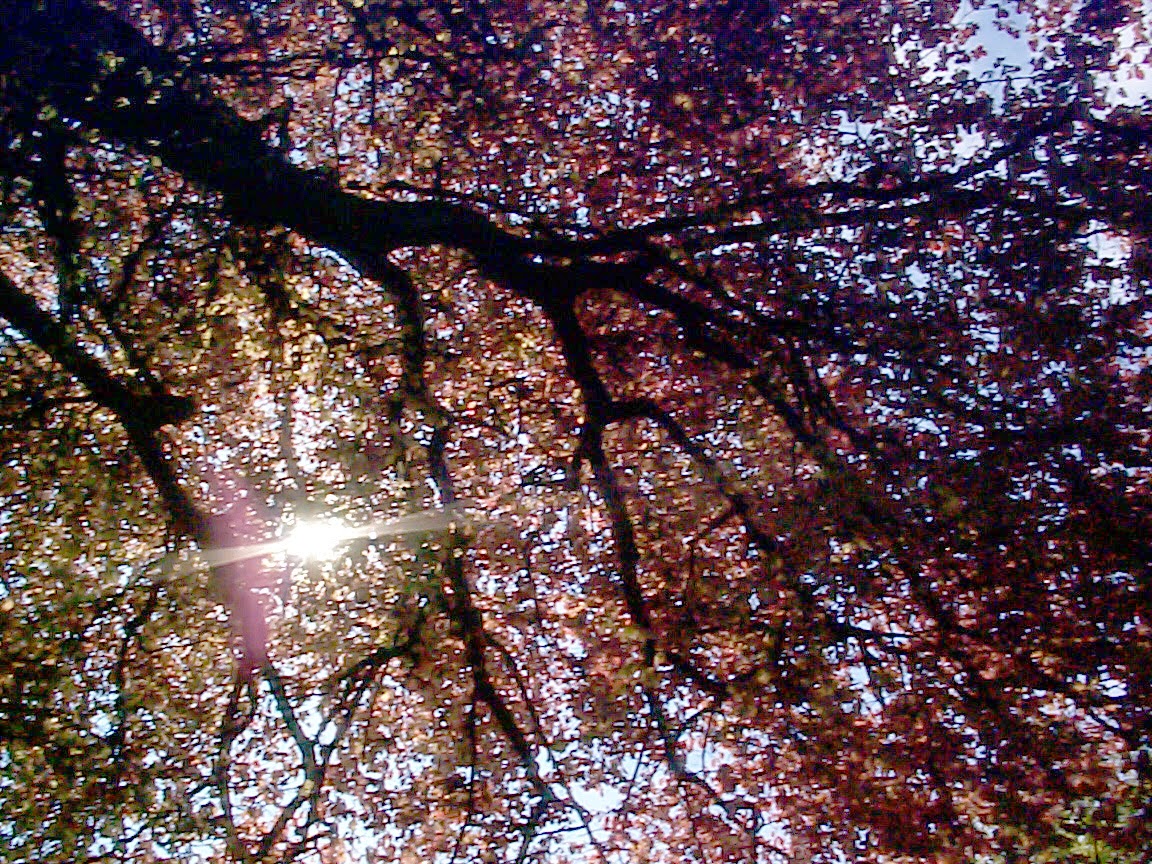 - My brothers (I have 4) and I all had our own periods of quality time with Mom and Dad and were able to be present at important parts of the journey:  I was there for the early crisis time when Mom was hospitalized and then for her final week of life; in a six-week period one brother made four trips from Maine to PEI to provide support at key times; another orchestrated the move from the farm to the apartment; another was there for Mom's discharge from hospital and early days at home; etc.
- From my dad, brothers, and other people I witnessed love in action: love that costs and requires sacrifice, not just nice-sounding words.

Especially in these early days, it's comforting to draw on memories that are suffused with gratitude and grace, rather than riddled with regrets.  There will undoubtedly be other stages to come -- but for now I feel thankful for how we were given strength and spirit to get through this time.