I'm linking today to Modern Mrs. Darcy's "Quick Lit" post where we share brief reviews of what we've been reading in the past month: 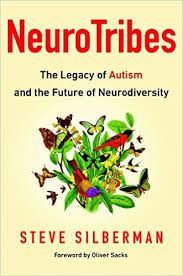 NeuroTribes by Steve Silberman is an indepth discussion of the history of autism.  The book covers early autism and Asperger syndrome research, controversies over clinical approaches and diagnostic criteria, the autism/vaccination question, famous autistics like Temple Grandin, the making of the movie Rain Man, and individual case studies of autistic people and their families. Silberman argues that autism is not a new phenomenon (as the increasing number of diagnoses might suggest); rather, it's a natural difference that has always been present in the human family but has most often been misunderstood, misdiagnosed, or suppressed. Instead of viewing autism as a terrible scourge and spending excessive time and money seeking causes and cures, we should recognize and welcome the gifts (even genius) that autistic people bring to society and provide support and services, where necessary, to help them flourish in a world that often hasn't suited their way of thinking and functioning. A fascinating, important book. 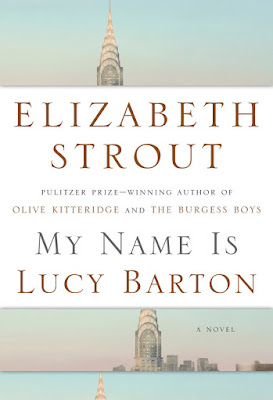 My Name is Lucy Barton by Elizabeth Strout. Strout is one of my favourite authors; she won the Pulitzer Prize for Olive Kitteridge, and I've read all of her books. Her latest novel is just brilliant. When narrator Lucy is hospitalized for several weeks after an operation, her mother, whom she has not seen in years, unexpectedly appears at her bedside. They chat about old neighbours and people in the news; but in spite of Lucy's questions, her mother can't open up to her about the poverty, isolation, abuse, and other secrets that shaped their family's history. Lucy ponders these aspects of her past -- including the role they've played in making her the wife, mother, and successful writer she now is -- and achieves a sad but determined acceptance.  This book is unsettling, but I didn't find it depressing. And it's so well written. I spent a lot of time, after I'd finished it, looking back to examine how Strout structured it and how she was able to convey so much in a relatively short (185 pp) novel. Highly recommended.


What I'm currently in the middle of:
- A Spool of Blue Thread (Anne Tyler's latest, about an ordinary yet fractured family -- it's holding my interest despite its meandering style.)
- The Road to Character by David Brooks (I'm really enjoying it but it's past due at the library; I suppose I should demonstrate good character by returning it unfinished and letting the next person in line have it.)


Less than six weeks after purchasing her Motorola 3G android phone, Kingston mother of two Jeannie Prinsen has admitted she seldom uses her new phone as an actual phone.

"I upgraded from my old flip phone because I hated how people snorted derisively whenever I opened it," said Prinsen, seemingly oblivious to the fact that others were probably paying absolutely no attention to her. "I know Adele uses one in her 'Hello' video, but I assumed that was just because of her extremely long nails."

Prinsen got her new smartphone in a post-Christmas Koodo sale and imagined herself using it to make frequent, lengthy telephone calls to family and friends. Instead, she has found herself using it mostly to go on Facebook, exchange witty Twitter quips with neighbours about the Super Bowl halftime show, send and receive texts, and check the weather forecast.


In fact, when pressed, she admitted that she had only used her new phone to make a single call: one afternoon she phoned her husband to tell him she was just leaving Staples and would be home in less than half an hour.

The revelation seemed to take Prinsen by surprise, as she said, "I'm an introvert! I hate talking on the phone! I don't know what I was thinking." Having finally admitted to rarely using her phone as a phone, she asked plaintively, "Does that make me a bad person?"

If it does, she's in good company. Studies show that of all current smartphone users, only 3-5% of them regularly make what we would call "telephone calls" on it. In fact, on condition of anonymity, a few users even confessed that they had not yet set up voicemail and were not entirely sure how to do so.

These "facts" seemed to reassure Prinsen. She even pointed out that she knew of other people who had objects which they used for purposes other than what they were originally intended for: "I know someone who uses their treadmill to hang wet laundry on. And I even heard of someone who used one of those nail polish dryers as a paperweight."

Prinsen said she would continue using her phone not as a phone and has decided to go easy on herself for this lapse. "My word for 2016 is 'forgive myself,'" she said. When reminded that that was actually TWO words, she replied that 2016 would be the year she broke all the rules. "I might even start using semicolons in places where a comma would actually be more appropriate," said the online writing instructor, with a conspiratorial wink.

Email ThisBlogThis!Share to TwitterShare to FacebookShare to Pinterest
Labels: humour

Making the road safer: the power of words 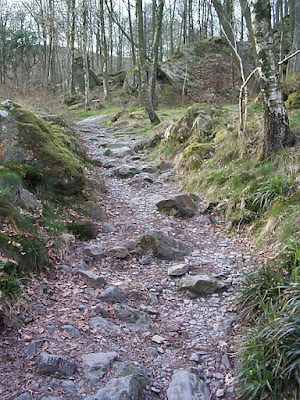 A few weeks ago we had a speaker at our church, Ed Wilson from International Justice Mission, which is an organization devoted to rescuing and restoring victims of sex trafficking. Besides talking to us about IJM's work, he also spoke on the topic of "Who is my neighbour?" using the parable of the Good Samaritan. He pointed out that the road from Jerusalem to Jericho, where the man in the parable was walking when he was robbed and beaten, was a dangerous road -- and he challenged us by asking us what dangerous road we could help make safer.

His talk got me thinking about an incident I experienced about ten years ago. I was reading a major Canadian women's magazine that I subscribed to. In it was an article by a well-known and often controversial journalist. She was lambasting our former prime minister -- something that lots of other people were doing (and still do), and which was totally within her rights.

But one sentence jumped off the page at me: she described him as having "an Asperger-like inability to understand human beings."

I was so angry. I didn't care what she said about the prime minister; he was a big boy and could defend himself. But I cared what she said about people with Asperger's because I know, from close personal experience, that people with Asperger's are not "unable to understand human beings." Her comment was not only unkind, it was unfair and inaccurate. It was as if she was looking around for some weapon to attack someone she hated and thought, "Here's an easy stereotype; I'll use it to insult the prime minister, and who cares if it insults someone else."

I wrote a letter to the magazine's editor, criticizing the journalist's use of this cruel comment. I said I had a daughter with Asperger's who was an empathetic and caring girl (she was that way at age 8 and still is). Then I said I would never read this magazine again (which I haven't), and I ended by saying that if the writer wanted to call me to apologize, here was my phone number.

Much to my surprise ... she called me.

I picked up the phone one afternoon and a quiet, intense voice said, "This is X. I read your letter, and I'm sorry."

She said that things like Asperger's would be treated as shameful secrets in her family, and she commended me for being open about this subject.

We talked for a couple of minutes, but I honestly can't remember much of what she said because I was so shocked that she had actually contacted me. Before ending the call she gave me her personal email address. I kept it for a little while but then discarded it, since I realized I had no reason or desire to stay in touch with her.

The magazine printed my letter, too, and a number of people -- some of them only acquaintances -- mentioned it to me.

This episode didn't turn me into a vocal autism or Asperger's advocate, but it taught me something. It brought home to me the power of words -- for both good and bad. One sentence can spread an unfair, ignorant stereotype ... and one sentence challenging that perspective can touch a heart and change a mind.

Of course, the outcome isn't always that positive or quick. Another writer, another magazine, might have just ignored me. Worse still, often when someone speaks out in defence of another person who's being treated unfairly, they end up being attacked themselves. I see that on social media way too often: a person of integrity is publicly vilified just because they stepped out and objected to what they were seeing or hearing.

I think our church speaker's question -- What road are we being called to make safer? -- is a good one. It reminds us that some battles may not be ours to fight; after all, sometimes those we rush to defend are perfectly capable of standing up for themselves and don't want or need a spokesperson.

But if we feel that call to enter the fray, it probably means we should. Taking a stand on behalf of those who are being disparaged by someone with a platform may not make us popular. But it may make the road -- and the world -- feel a little bit safer to someone who's misunderstood, vulnerable, or marginalized.

Words are powerful. Let's use them well.