Today I'm linking up with the Five Minute Friday community, writing for five minutes on a given prompt.

This week's word is NEXT. 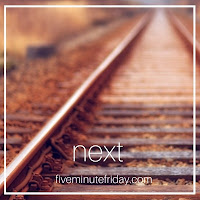 I look out my window. The sky is whitish-gray, with darker gray clouds moving across it. Gusts of wind scatter leaves and debris across the street.

We are expecting rain today. It is supposed to start sometime this morning and rain all day and into tomorrow: 30-60 millimetres total before it's all done.

The forecast for Sunday is much better, though.

I wish we could skip the next two rainy, gloomy days and just go straight to Sunday.

Sometimes I feel the same way about Good Friday. It would be so much easier to just skip these next two days -- the increasing darkness and suffering of Good Friday, the silence and emptiness of Easter Saturday -- and go straight to the joy and celebration of Easter Sunday.

But the way of Jesus is through: not around, not over, not under, but through. He walks the road of suffering. He doesn't take a shortcut past the hard parts, the pain and desolation, to get straight to the triumph.

So we wait with him now and over the next hours and days.

We wait in sorrow and hope.


Today I'm joining Modern Mrs. Darcy for Quick Lit, where we share short reviews of what we've been reading.

For last month's Quick Lit post I did only a single longer review, of Karen Swallow Prior's On Reading Well. So I have some catching up to do here. I'll try to keep my reviews brief, but you know me: writing in a concise fashion is not a quality I have successfully mastered as of this point in time.

I read four nonfiction books and four novels in the past couple of months. I'll start with the nonfiction: 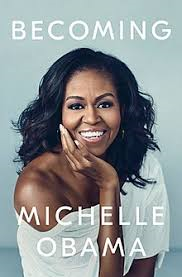 Becoming by Michelle Obama.
I really enjoyed this memoir. Obama describes in fascinating detail her upbringing in a working class Chicago family, her work as a lawyer (where she met future President Barack Obama), and her eight years in the White House as First Lady -- where she advocated for girls' education and improved nutritional health, all while supporting her husband through difficult national events and raising her daughters in the White House fishbowl. Here is a key passage from the final pages of the book:


"So many of us go through life with our stories  hidden, feeling ashamed or afraid when our whole truth doesn't live up to some established ideal. We grow up with messages that tell us that there's only one way to be American -- that if our skin is dark or our hips are wide, if we don’t experience love in a particular way, if we speak another language or come from another country, then we don't belong. That is, until someone dares to start telling that story differently.
I grew up with a disabled dad in a too-small house with not much money in a starting-to-fail neighborhood, and I also grew up surrounded by love and music in a diverse city in a country where education can take you far. I had nothing or I had everything. It depends on which way you want to tell it." 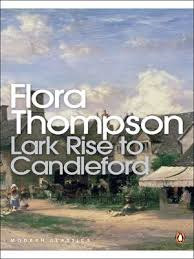 Lark Rise to Candleford by Flora Thompson.
Last year we watched the four-season British TV series based on this book (actually a collection of three books) about a small hamlet and neighbouring town in rural England in the late 1800's. The book gives an abundance of historical detail about life in this time period: childhood, farming, education, hobbies, family life, religion, and more. I enjoyed reading about some of the quirky hamlet-dwellers who made their way into the fictionalized TV series. 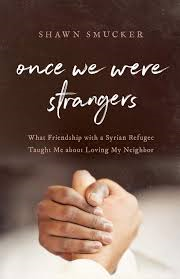 Once We Were Strangers by Shawn Smucker.
This beautiful, moving book is an account of Smucker's friendship with Mohammad, who fled Syria as a refugee with his wife and family and ended up in Smucker's town of Lancaster, Pennsylvania. Smucker's story of his deepening relationship with Mohammad may cause us to rethink our definition of hospitality, as well as our willingness to have the grace not only to give but to receive. A wonderful story about the beauty and simplicity of friendship and the universally human desire to create a safe, secure life for ourselves and those we love. 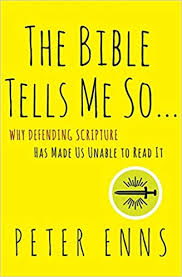 The Bible Tells Me So: How Defending the Bible Has Made Us Unable to Read It by Peter Enns.
This is the first book by Enns that I've read, and I loved it. Enns explains why reading the Bible as a "spiritual owner's manual complete with handy index" doesn't work -- nor do the desperate efforts Christians sometimes make to protect the Bible from criticism or critique. Addressing many controversial aspects of Scripture, Enns urges us to read the Bible as it is meant to be read rather than expecting it to do things it was never intended to do -- and to realize that trusting God and trusting the Bible aren't the same thing. Thought-provoking, challenging, and really funny too.

And now for my fiction reads: 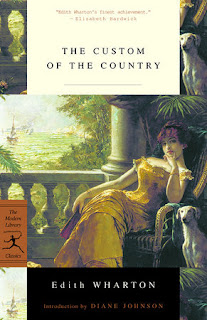 The Custom of the Country by Edith Wharton.
This novel follows naive social climber Undine Spragg as she tries to make her way in New York City and Paris. Her efforts to determine who's "in," to infiltrate the "right" crowd, and to find a husband who will keep her in the manner to which she feels she deserves to become accustomed, are as pathetic as they are laughable. Reading this book is like watching a train wreck: you can't tear yourself away. I really enjoyed it, though -- and it gives the lie to the notion that a protagonist has to be "likable" for a novel to be worthwhile. Undine is not likable; but like other heroines of her stripe (Scarlett O'Hara and Emma Bovary come to mind), she certainly is interesting. 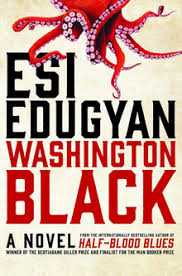 Washington Black by Esi Edugyan.
This highly acclaimed novel won the Giller Prize and was a Booker Prize finalist. It's the story of Washington Black, a young boy enslaved on a sugar plantation in Barbados; he becomes personal servant to the master's brother, who turns out to be an eccentric inventor. When a horrific event forces the two of them to flee the plantation, Washington is caught up in a whole new life, traveling to the Arctic, London, Morocco, and elsewhere. This book was instantly captivating, but it did not deliver quite to the level I was expecting. Too many peripheral characters and episodes seemed to dilute the intensity after a while.

All He Ever Wanted and Stella Bain, both by Anita Shreve.
These two novels need to be discussed together because they are about the same people and events. 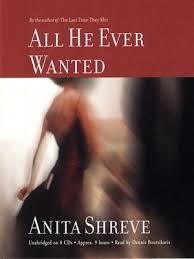 All He Ever Wanted is told from the point-of-view of Nicholas Van Tassel, a somewhat stuffy college professor in New Hampshire around 1900; his world is turned upside down when he encounters a young woman, Etna Bliss, outside a hotel after a fire and becomes instantly obsessed with her. Her cool, enigmatic demeanour only fuels his determination to marry her. Looking back years later, Van Tassel reflects on the nature of his relationship with Etna and whether having felt a great love (whether or not it is returned, and for that matter whether or not it is really love) is enough to make one's life worthwhile. This novel reminded me in many ways of Kazuo Ishiguro's The Remains of the Day, with its somewhat unlikable, probably unreliable narrator. It's a frustrating but masterfully written book. 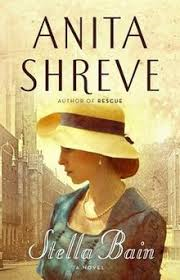 Stella Bain, which Shreve wrote twelve years later, tells Etna Bliss's story: how she is found in a French field hospital in 1916, unable to remember anything other than that she is an ambulance driver, and a few consonants that lead her to think her name is Stella Bain. Her fight to recover her memory and rebuild her family is compelling, but overall I found this novel less satisfying than All He Ever Wanted, despite its having a much more sympathetic main character. The writing is not nearly as good here: it's told in the third person, so we never really get inside Etna's head the way we did with Van Tassel. Phrases like "Etna was concerned that..." make me feel like I'm watching the character think, which is not exactly gripping. What is great about this book, though, is that it fills in the gaps of the plot, giving Etna's perspective on events which we only saw from Van Tassel's viewpoint in the other book. So if you're going to read All He Ever Wanted, be sure to read Stella Bain too.

Well, that's what I've been reading lately. Have you read any of these, and if so, what did you think? What have you been reading?

Posted by Jeannie at 3:55 PM No comments: