Two of my favourite bloggers are Amy Julia Becker (who blogs at Thin Places: Faith, Family, and Disability) and Ellen Painter Dollar (who blogs at Parenthood, Disability, Ethics, and the Crooked Way of Grace).  Both of them write in a challenging and honest way about disability and faith issues.

Each of them has written a book as well, and I've recently bought and read both.   Amy Julia's book A Good and Perfect Gift tells about how she and her husband learned two hours after their first child's birth that the baby, Penny, had Down Syndrome.  She chronicles her journey to accept and understand this reality while falling completely in love with her precious daughter.  Ellen's book No Easy Choice was written in light of the fact that she has a genetic bone disorder (osteogenesis imperfecta), which the oldest of her three children also has.  She writes about many spiritual, social, and ethical aspects of reproductive technology while explaining how she and her husband investigated various options that might allow them to have more children who did not have OI.

Both books discuss, among many other things, how we understand disability from a Christian perspective, something which has a lot of significance for me since both of our children have special needs.  But this post isn't intended to be a book review (which is why my descriptions of the books above undoubtedly seem inadequate).  Rather, this being my "Monday morsel" post day, I've decided just to give an excerpt from each book that I found particularly meaningful. I would highly recommend both books!

Until quite recently, human reproduction and our children's genetic makeup were mysteries beyond our control.  In late twentieth-century America, widely available contraception and legalized abortion gave people some limited choices over when they would and would not have children, but they still had no control over what sort of child they would have when the time came. 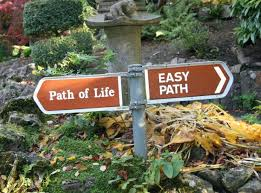 New technologies are changing that, and so a new ideal is creeping into our notion of what makes a good life.  We can choose whether to transfer one or two or five embryos; whether to selectively reduce some of those embryos if too many implant; whether to weed out genes that cause OI, cystic fibrosis, Huntington's disease, and breast cancer; or whether to increase the odds of having a girl over a boy.  With all these possibilities, we begin to feel that we must make the right choices to ensure the best life for our children.

But [Hans] Reinders points out the futility of equating a good life with one over which we exercise choice.  If you ask parents of children with severe disabilities whether they would choose to conceive that child if they knew about the disability ahead of time, both a "yes" and a "no" answer pose problems.  If they say "yes," then they are somehow surrendering to the suffering their child endures, saying it doesn't matter, when they surely know it does matter.  But if they say "no," then theya re saying their child's life is not good, when they surely know it is good.  The answer to this conundrum, Reinders says, is to sever the connection between choice and life's goodness, to recognize that "if my life were different from what it happens to be, then it would also be good."

The most natural words to describe [Penny] were ones like cute, sweet, fun, outgoing.  But then the clinical words flitted through my mind:  chromosomal abnormality, mental retardation, disabled.  And the politically correct ones:  special needs, intellectually challenged.  I still didn't know how to describe her in a way that didn't ignore or minimize her extra chromosome but that also didn't define her in entirely negative terms.  The words mental retardation were helpful in describing the fact that Penny would learn differently, and more slowly, than typical children.  But the fact that retard and retarded had become slurs in our culture eliminated their helpfulness.  Then there were the words disability and abnormality.  I thought of those signs on the highway about disabled vehicles.  Penny might not be able to do the same things on the same timeline as others, but she was not a "dis-abled" human being, she was not a broken-down, can't-function-until-a-mechanic-comes-along, little girl. 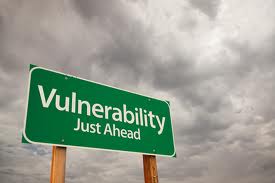 One word I did like was vulnerable.  Penny was vulnerable -- physically, mentally, even socially and emotionally.  Another was dependent.  Penny was, and would be, dependent upon others for some level of care throughout her life.  Perhaps the reason I liked those words was because they described what I wanted to admit about myself.  That I, too, was vulnerable, much as I liked to see myself as invincible.  That I, too, was dependent upon others, much as I liked to think of myself as self-sufficient.

Please leave a comment. I love to hear from readers.