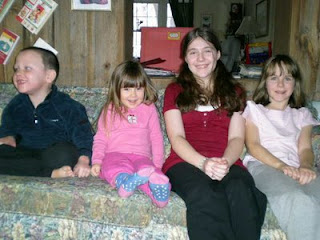 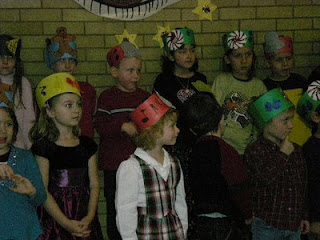 Today Jonathan performed in a Christmas concert about "The Five Senses" at Rideau Public School. There is Jonathan in the back centre. 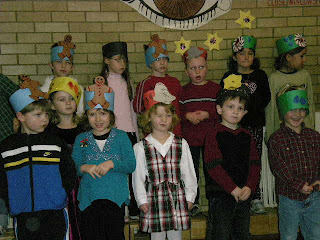 On Jonathan's left (green hat) is his classmate Meena Baksh, who is one of Jonathan's special friends and always looks out for him! 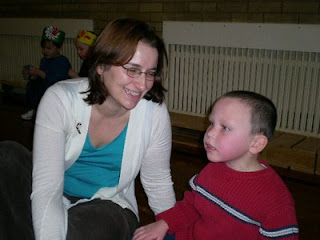 Here is Jonathan with his teacher, Kathy Mardicis ... 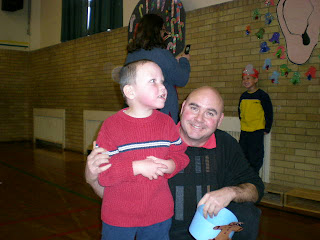 and with his afternoon EA, Joe O'Connor.

Posted by Jeannie at 5:51 PM No comments: 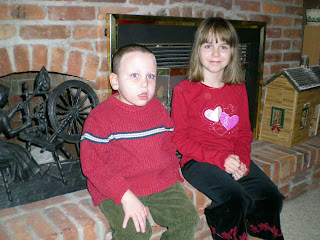 Yesterday at church the Sunday School children participated in the worship service by singing two songs, "Joy to the World" and "Joy". Here are Jonathan and Allison in their Christmas finery at home, just before leaving for church. 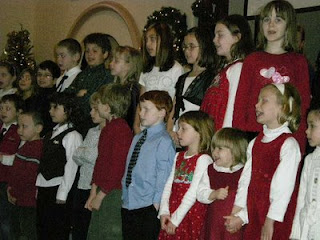 Here is the choir: see Allison back right and Jonathan front left, in red sweater with stripe. 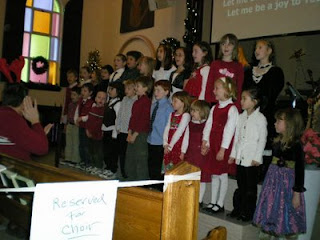 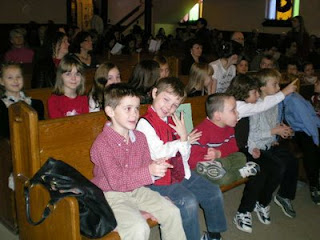 And here they are waiting their turn to perform. Jonathan looks pretty relaxed!

Posted by Jeannie at 9:29 AM No comments:

Every Thursday I attend a women's group at Bethel church, and this year we're studying a book called Having a Mary Heart in a Martha World. (based on the Biblical story of Mary and Martha). Our group is having a Christmas brunch this week and for our reflective time I decided to write a little story about Mary and Martha at Christmastime. I'll share it with you here if you are interested.


A MARY AND MARTHA CHRISTMAS 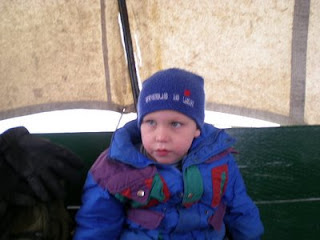 ... or "bites snow" might be a more appropriate expression. Jonathan's been wearing the winter coat that his cousin Josh (who is now 18 and a 6-foot-7, 280-pound Holy Cross football player) wore when he was a little guy. On Monday, when it was -18 degrees, the zipper failed just as Jonathan's EA Joe was getting him ready for home time. His teacher, Miss Mardicis, found some safety pins to hold the front together -- and thank goodness, since our only other alternative would have been a bungee cord. How pathetic is THAT?
Jonathan now has a very cute new green puffy coat. I'm not going to throw the blue one out just yet, though. If Josh becomes famous it might be worth something ...
Posted by Jeannie at 9:40 AM 1 comment: