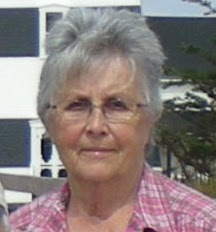 This Friday, it will be four years since my mom died.

This week I am reliving her last days.

I had traveled from Ontario to PEI to spend a week with Mom and Dad in their apartment. Mom had been diagnosed with late-stage liver cancer several weeks earlier, and her prognosis (made tentatively, as all prognoses must be in cases like this) was 3-6 months.

The days started early: Dad is an early riser, and Mom would often be stirring before 7 a.m. Dad and I would help Mom to the bathroom, help her dress if she wanted to, help her to the breakfast table. Early in that week she would spend hours in the recliner chair in the living room, drifting in and out of sleep, sometimes making clear-yet-confused remarks.

"I wonder when this whole process is going to be over. I wish they'd just decide what day it's going to be."

"The funeral, and all that."

"God will tell you when it's time," Dad said.

If the days started early, they ended early too -- at least for Mom and Dad. Often we would get Mom ready for bed right after supper; then Dad might decide to turn in as well, and soon I'd hear the two of them snoring away. I spent long hours in the evenings, reading, writing emails to my brothers, answering the phone, giving updates to relatives and friends.

It was mid-week when the shift to the next phase took place. Dad and I got up on the Wednesday morning, but Mom was deep in sleep. "Let's just let her be," I said, and Dad agreed -- as did the home care nurse when she arrived for her morning visit. "I think we are looking at days, not weeks, at this point," she said. "We may want to have the palliative team come."

That afternoon, while my mom slept, my dad and I, my brother, my aunts and uncle and cousin sat around the living room as the palliative care doctor and nurse explained what we could expect over the next few days and what options we had. Dad wanted to keep Mom home instead of having her admitted to the palliative unit. The doctor, who was warm and gentle, said that was fine and that we could change our minds at any time. The nurse, who was straightforward and a bit crusty, handed us her card and said, "If she's doing very poorly or you can't cope, don't call 911. Call me." There was a feeling of both apprehension and peacefulness in the room: we all realized the end was coming quickly, but we knew we were surrounded with people who would support Mom and us through the final stage.

The doctor told us about the medications they would prescribe to keep Mom comfortable over the last days; then she went into Mom's room and examined her. This was the first and last time they would see one another. "How are you feeling, Meredith?" the doctor asked kindly, taking Mom's hands.

Four days after that, she died. I wasn't there for her last moments: I flew home the morning of the 28th, and she died that night. It had been a difficult decision, because I was needed in two places, but it was the right decision, and I knew she would agree. I had to let go of the desire to be there at the last. And when I said goodbye to her, she could no longer talk to me. Her eyes were wide and she moved her mouth, trying to speak, but she couldn't say any words. I had to let go of the wish for one last meaningful, mutual conversation. Perhaps she did, too: perhaps on some level she knew the moment was slipping away and couldn't be recaptured.

Over the past few days as I've been reliving and writing about these details, these moments, I found myself wondering why I am holding on to them so tightly -- why I have saved the emails and the Facebook messages and have read them over and over.

Before bed I sometimes like to read poetry to relax my mind. Last night I picked up John Blase's beautiful book of poems, The Jubilee, and opened it at random -- to this poem.

I Don't Believe I've Ever Told You

Are you ever afraid of dying?
I'm not talking about
the dying that will deposit you
directly into the Lord's presence (as some hold).
But the dying that will tear
you from the fabric of here,
here where you've seen wonders.
I don't believe I've ever told you I fear
that second kind of dying. But I do.
I'm telling you now because I've recently
seen how life changes in an ordinary instant,
reminds us we live in a game of gossip,
whispering our stories to the next in line.
We die. Then we're passed along in
another's tongue, and I'm afraid they'll
edit a crucial detail.


And instantly I understood. Yes. I want those details kept and known, exactly as they are. These are the words she used. This is what the room felt like. This is how she looked as I said goodbye.

But those are just my "crucial details." Maybe Mom had her own details that she hoped, at the end, wouldn't be edited out. I remember a couple of times in her last years she said to me, "Do you remember me yelling at you kids?" I was a mom myself by then, and each time I just laughed and said, "Oh, not at all -- I must have blocked it out." I realize now she was asking me, "Was I a good mother?" and I evaded the question with a joke. Now I wish I had answered a little more pointedly: "I do remember that -- but I also remember what a wonderful, caring, involved, sacrificial mom you've been. A little yelling can't change that." When I sat at her bedside for the last time, I told her she had been the best mom. I'm honestly not certain she understood me, but I choose to believe she did. And I have to let go, too, of my regret over not giving her more heartfelt reassurance back in those times when she was so obviously seeking it.

And maybe that's kind of the point. At the end of his poem, John Blase leaves his fears unresolved -- and I'm glad. I'm glad he doesn't tie the poem up neatly with platitudes like "But we can't worry about that because it's in God's hands" or "But what seems significant to us is nothing in the larger scheme of things." The details do matter. It's natural to want to be known and seen, to have our story "passed along" in a truthful way -- a way that acknowledges both our simplicity and our complexity. Yet because we're all human, we don't always do that perfectly for one another.

But we can do our best to honour the details, the memories, the words. After we've given them the attention they deserve, then maybe we can decide what needs keeping ... and what needs letting go. 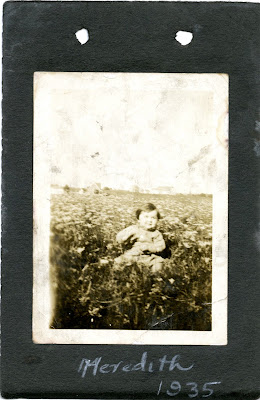 I'm adding this post to Addie Zierman's "Let Go" linkup. Addie is one of my favourite bloggers -- and as I wrote my own post, the theme of her linkup became a source of inspiration.

Today Jonathan is sixteen years old. He has changed so much in the past year; he is at least thirty pounds heavier and several inches taller.

Jonathan takes so much pleasure in the simple things of life: seagulls, geese, garbage and recycling, buses, and brooms. He still loves the Wiggles and Barney. He enjoys going to watch Dad play soccer or softball, and he likes going with Dad to watch a Queen's football game or a Frontenacs hockey game.

And he loves to go to the beach. Here he is at Canoe Cove, our favourite beach in PEI. 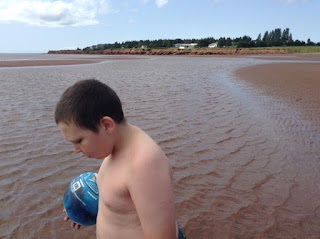 Happy Birthday, Jonathan! We love you!


Today (after a bit of a hiatus) I'm linking up with the Five Minute Friday community, writing for five minutes on a given prompt. 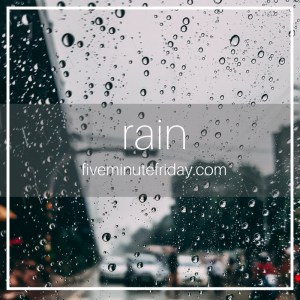 One of the best openings in literature, I think, is the first page of  Charlotte Bronte's Jane Eyre. The first paragraph (spoken from Jane's point of view) goes like this:

There was no possibility of taking a walk that day. We had been wandering, indeed, in the leafless shrubbery an hour in the morning; but since dinner (Mrs. Reed, when there was no company, dined early) the cold winter wind had brought with it clouds so sombre, and a rain so penetrating, that further out-door exercise was now out of the question.

In a mere 62 words, Bronte shows us just how gloomy and tedious Jane's situation is:

"no possibility"; "out of the question"
"wandering ... in the leafless shrubbery"
"cold winter wind"
"a rain so penetrating"

Then further down the page she goes on,

At intervals, while turning over the leaves of my book, I studied the aspect of that winter afternoon.  Afar, it offered a pale blank of mist and cloud; near a scene of wet lawn and storm-beat shrub, with ceaseless rain sweeping away wildly before a long and lamentable blast.

Can't you just see the rain, beating down on an angle, relentlessly battering the bushes, while all that can be seen beyond the lawn is gray mist? This is not a refreshing summer shower that cools after a heat wave, or a invigorating spring rainfall that fosters new growth -- it's icy cold winter rain. What could be more depressing? What could more perfectly depict Jane's hopeless situation as the orphaned, unwanted relative of Mrs. Reed and her children?

Now that I think about it, another great writer also began one of his most famous works with vivid, atmospheric words about rain:


The sun did not shine.
It was too wet to play.
So we sat in the house
All that cold, cold, wet day.
- from The Cat in the Hat by Dr. Seuss

Maybe this fiction writing thing isn't so hard after all. Just look out the window on a rainy day and start writing!


(By the way, if you're interested in reading my version of Jane Eyre, written Cat-in-the-Hat style, just click here.)