Yesterday I had a meeting at Jonathan's school with his teacher, the vice principal, and the special ed rep from the board--the same folks I met with in January. Jonathan's first school year is winding to a close and it has been a very good one. It's hard to believe it's almost exactly a year since I first ventured into Rideau School to enquire about registering him, and now he is almost finished kindergarten! We discussed his status for this fall, and it looks as if he will probably enter a Senior Kindergarten/Grade One combined class. That allows him to move up with his age-level peers yet still gives him more of a kindergarten environment. It also allows him to go to school full-time right from day one, whereas repeating kindergarten might mean he could only go half-time (if there were not enough kindergartners registered to make up two classes, which wouldn't be ascertained until mid-September). It will be a new challenge for Jonathan but the school will provide support for him and he can work on achieving his own individual goals.
Posted by Jeannie at 7:44 PM No comments: 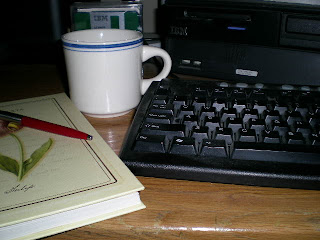 Last night we had the second meeting of our new writers' group. Three other women and I are going to meet biweekly to share our writing with one another and give each other feedback and encouragement. This was our first evening of reading aloud pieces of our own work. It was a bit intimidating at first but turned out to be a great experience. The stories were all so different but very interesting: one about a young man on a bus who is mistaken for Jesus by a little girl; one about a woman who has an imaginary love affair with a neighbour; one about three train travellers whose stories intertwine; and one about a blue cardigan sweater that falls into a series of different hands. We all got really excited about each other's stories, sharing our impressions and making suggestions. Most of all we got excited about getting back to our own writing! That's the solitary part--but the group provides motivation and inspiration.

Posted by Jeannie at 9:35 AM No comments: 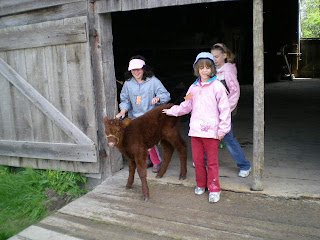 Allison's class went to Upper Canada Village yesterday. Here are some photos Rich took of the trip. Kids with calf ... 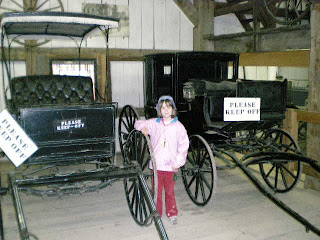 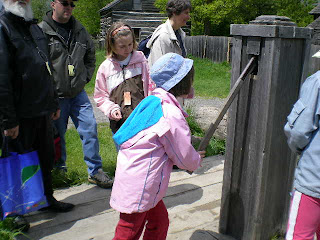 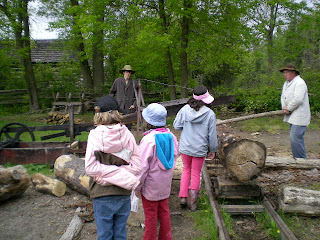 Watching the sawgear at work ... 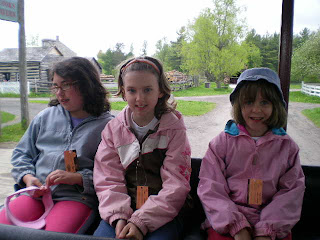 and enjoying a wagon ride with her classmates Monica and Karina.
Posted by Jeannie at 10:33 AM No comments: 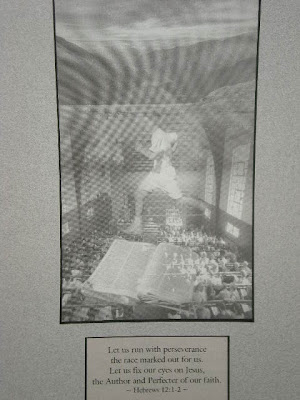 Posted by Jeannie at 2:44 PM No comments: