The opposite of love

The other day I tweeted the following:

Before posting it, I debated whether it was even correct to use the word opposite in relation to love -- should I have said "incompatible with love" or something else instead? But I decided just to keep it simple.

The tweet got close to 100 replies, and BY FAR the most common response was indifference, followed closely by its near-synonym, apathy. This makes a lot of sense. It's impossible to truly love something or someone if you really don't care about them. Love implies a warmth and a sense of personal investment that are lacking in cool, distant indifference. And on a broader scale, apathy and indifference have contributed to many atrocities: assuming someone else will deal with it, not seeing how it affects me, not bothering to learn more ... as one tweeter, Gabe Posey, put it, "Apathy, on judgment day, will probably carry the highest tally for total deaths." That's sobering.

Another very common answer was fear. Some responders who used this word mentioned the well-known Bible passage: "There is no fear in love. But perfect love drives out fear, because fear has to do with punishment. The one who fears is not made perfect in love." (1 John 4:18) It's true that the Bible tells us to fear God -- but I think that kind of fear is more a sense of reverence and awe, not the terror of punishment that John is talking about. If we know we are truly loved no matter what, then we can live freely without fear of that love being suddenly yanked away.

Another response that appeared several times was control. That one really struck me: is it ever possible to control another person in a loving way? Parents of young children do have to exert a fair amount of control over their children's coming and going, activities, etc. But that kind of control is meant to be temporary and have a specific purpose -- the child's growth and independence. It's not a wielding of power for its own sake or for self-protection.

There were many other words that appeared less frequently but were very striking:

- malice: It's impossible to take pleasure in hurting someone you love.

- pride: I think there can be a good side to pride (there's nothing wrong with taking satisfaction in your achievements), but having an excessively high view of yourself inevitably puts others below you, which isn't consistent with love.

- selfishness: Always putting yourself first makes it awfully difficult to love. (Though I'd distinguish selfishness from self-care, which Parker Palmer calls stewardship of the gift we were put on earth to give: our unique selves.)

- jealousy: Resenting others for what they have and you don't can hinder love.

- neglect: This is in the apathy/indifference camp, I think, and suggests that there's something specific you need to do or pay attention to -- and you just don't do it.

- tolerance: This is an interesting one. It sounds good, but it's actually kind of passive-aggressive: I'm a good person because I let you (or your ideas) exist! That doesn't sound like love.

- dishonesty: Love and truth are so closely linked; how can one exist without the other?

And there were some fun responses, too:

- evol and vole: Thanks for coming out, guys.

I'm sorry I haven't listed every single reply; there were a lot! You can read them all here.

Thinking about all these opposites of love gave me a renewed appreciation for what love is. Love is invested. It cares. It is courageous, and it makes others courageous. It frees. It wants only the best. It sees dignity in the other and acts for the good of the other. It enjoys others' joy. It takes responsibility. It accepts. It is truthful.

That sounds like a tall order. It's truly a life's work to love well and to recognize that we ourselves are worthy of love and are loved.

You are loved. You are a person of dignity and worth and you embody, in a unique way, the love that created the world and holds it together. I'm grateful for you. 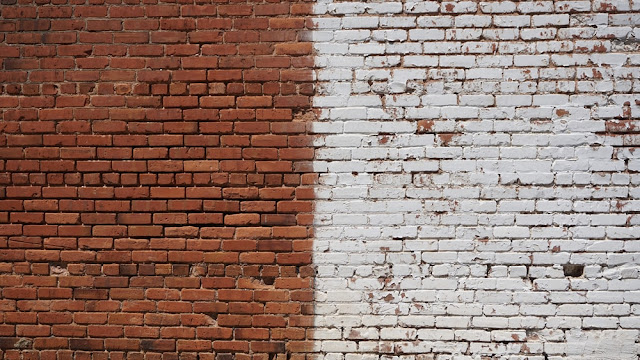