Today I'm linking up with Modern Mrs. Darcy for Quick Lit, where we share short reviews of what we've been reading. (I really will try to keep my reviews short this time!)

This post consists of two months' worth of books; I haven't done a Quick Lit post since June. 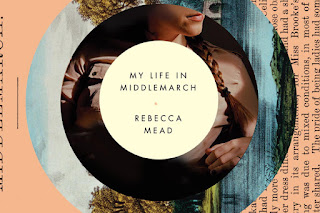 My Life in Middlemarch by Rebecca Mead.
This book is not just a biography of Mead's favourite author, George Eliot (Mary Ann Evans) nor just an analysis of her favourite novel, Middlemarch. Mead touches on her own life as a daughter, mother, and wife as she examines Eliot's life and writing. I always enjoy it when writers discuss the authors and works that influenced them; this is a warm and appreciative study of a major literary figure. 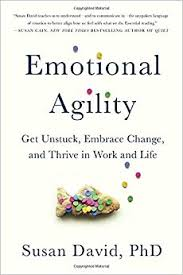 Emotional Agility: Get Unstuck, Embrace Change, and Thrive in Work and Life  by Susan David.
If you like the work of Susan Cain or Brene Brown, and/or if you're interested in personality typing, Enneagram, etc., you'll probably like this book. David addresses four main steps in dealing well with change, stress, and troubling feelings: "showing up," "stepping out," "walking your why,"and "moving on." Lots of practical wisdom here. 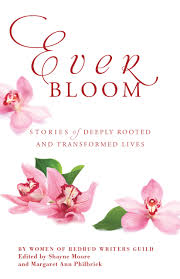 Everbloom: Stories of Deeply Rooted and Transformed Lives.
This collection of essays and poems was written by women of the Redbud Writers' Guild. I loved reading about how these women worked through times of struggle or grief and came to renewed and strengthened faith. The poetry is unfortunately uneven in quality; the prose pieces are all well-written and moving. But Catherine McNiel's "Passover, Betrayal, and Deep Redemption" (about how she and her husband dealt with an acquaintance who moved illegally into their empty house) stands out: it's magnificent. I'd highly recommend this book. 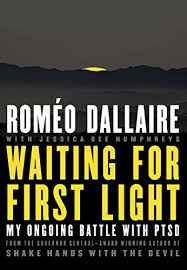 Waiting for First Light: My Ongoing Battle With PTSD by General Romeo Dallaire.
Dallaire was the leader of the doomed UN peacekeeping mission in Rwanda in 1994; his first book, Shake Hands With the Devil, chronicles that experience in great detail. This much shorter book describes his traumatic struggles with PTSD upon returning from Rwanda and in the years since. Dallaire also speaks of his work supporting mentally and physically injured veterans and his efforts to end the use of child soldiers worldwide. The last part of the book talks movingly of how the use of child soldiers, besides of course having a devastating effect on generations of young people, has added a troubling new moral complication to the work of soldiers in combat. Not an easy book to read, but well worth it, particularly for those interested in reading more about the background of a celebrated Canadian. 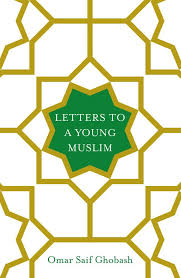 Letters to a Young Muslim by Omar Saif Ghabosh.
This book, whose author is the United Arab Emirates' ambassador to Russia, consists of a series of letters to his young son, explaining the origins of Islam, its varied manifestations in different periods and different parts of the world, and how to be a wise and responsible Muslim in the religiously and racially fraught world we live in today. It's written in a simple, straightforward, and dignified style. Ghabosh particularly emphasizes the responsibility of the individual person -- a concept that is not really part of Islam -- to challenge Islamic extremism, ask hard questions, and still be a faithful Muslim. I learned a great deal from this book. I found there were many, many times when I could substitute "Christian" for "Muslim" and see the same challenges (regarding tradition, sacred texts, and fundamentalism, for example) facing Christians. 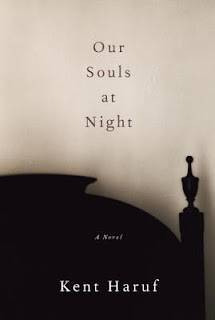 Our Souls at Night by Kent Haruf.
This was the only novel I read in the past two months, and I read it in a single day. It is a simple, moving story of two acquaintances in their seventies, Addie Moore and Louis Waters, who each live alone and whose spouses died many years ago. At Addie's suggestion, they begin spending their nights together, sleeping in the same bed and talking about themselves and their histories. The way their lives intertwine over the coming months is depicted in such a beautiful and understated way. If you like Elizabeth Strout (who wrote Olive Kitteridge), you'll likely enjoy this. I plan to check out some of the other novels by this now-deceased author as well.

Note: Our Souls at Night will be coming out as a movie later this year, with Robert Redford and Jane Fonda.

What have you been reading this summer?